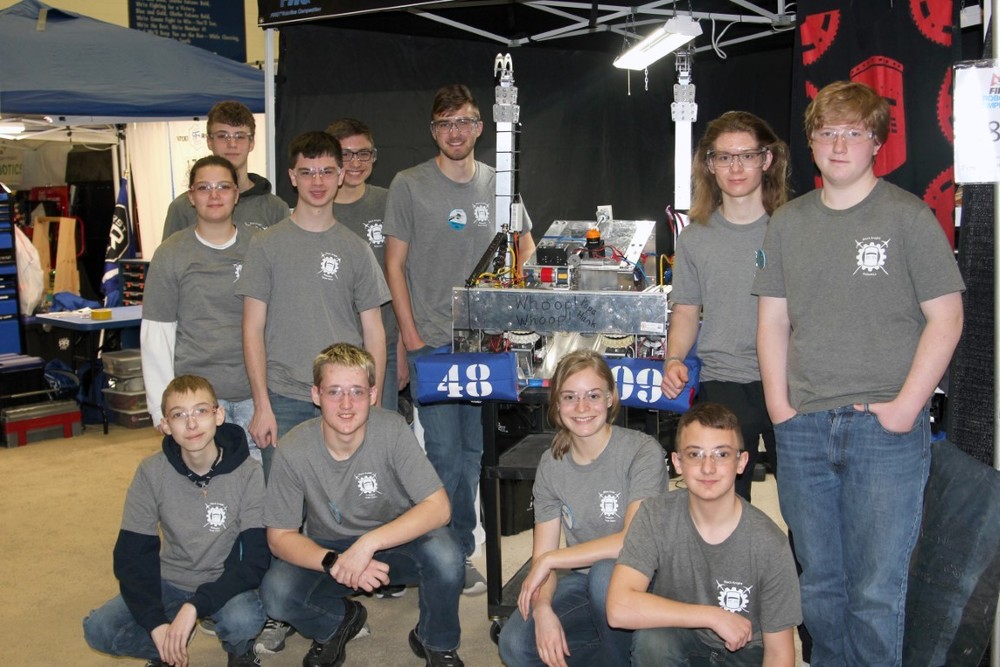 The robotics team competed at the Heartland Regional in Olathe, KS, over the weekend. Beginning Thursday, with inspections and practice rounds and continuing through Friday, the robot was plagued with software problems that baffled even the FRC expert Control Systems Advisors, leading to two very stressful days of competition. Fortunately, the issue was resolved after contact with other lead FRC technicians and we were good to go on the final day of the competition. With only three more qualification rounds to go, the team was unable to climb as high in the rankings as hoped but still found success on the field on Saturday. Black Knight Robotics ended up ranked 18th out of 28 teams going into the finals, against mostly all Class 1 schools, and in the first round of finals selections, were chosen to be a part of the 7th seed alliance, which was quite an honor. After facing the number two seed alliance in the quarterfinals, and falling short in overall points, the competition ended for our team. The students worked hard all season and built a robot that had praises from many people who stopped by the pit and watched the competition. Our seniors have a lot to be proud of and we have a lot of underclassmen that are now more excited to take on leadership roles next year. We are very thankful to Moore Fans for their financial support, as well as for allowing some of their great employees such as Ryan Lodder and Kameron Kelly to help with the engineering components of the robot. A special thank you also goes out to Michael Krumpleman who donated his time helping the team throughout the season and competition. A link to one of our matches that we able to compete well. https://youtu.be/yBG6UIBl98A?list=PLZT9pIgNOV6aad9NDm2BhSuT2-2n_CegP   - We are team 4809. 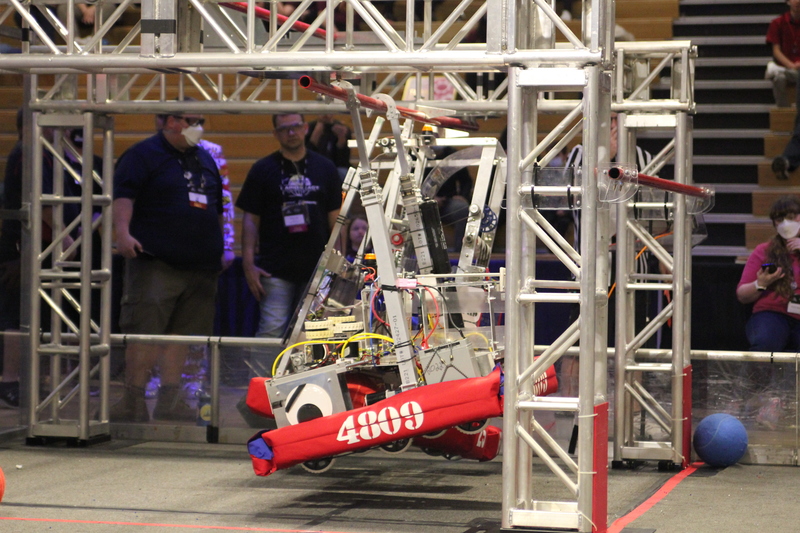 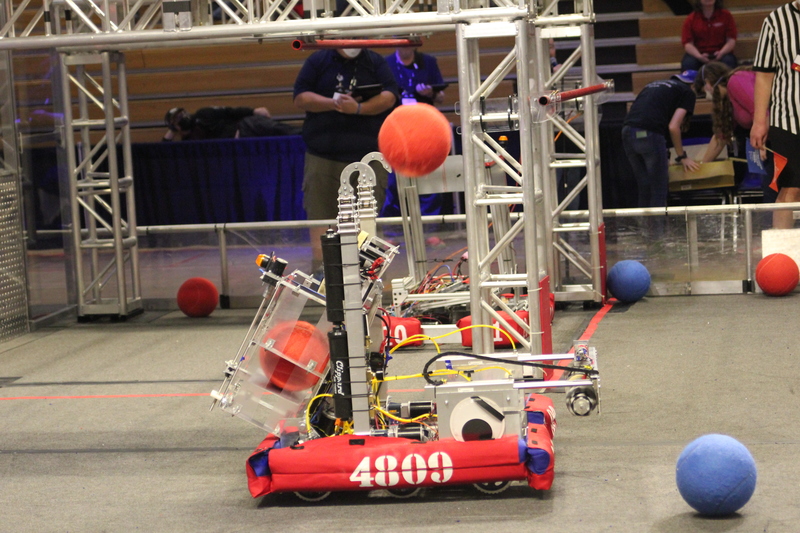